Mikk Murdvee was born in Tallinn, Estonia on the 20th of March 1980.

Like many other successful alumni of the famous conducting class of the Sibelius Academy, Mikk Murdvee started his musical studies as a violinist, graduating from the violin class of Mari Tampere-Bezrodny with the highest possible grade in 2005. Parallel to the violin, Mikk studied conducting with Leif Segerstam, Atso Almila and Jorma Panula, making his conducting diploma in 2007. He received his early musical education in the Tallinn Music High School where his teachers were Niina Murdvee, Harald Aasa and Mari Tampere-Bezrodny.

In 2007 Mikk Murdvee became Principal Conductor of the Helsinki University Symphony Orchestra (Ylioppilaskunnan Soittajat), with which he has made successful tours to Germany, Poland, Sweden, Denmark and Estonia and recorded a CD for Toccata Classics.
He has been chief conductor of Tallinn Music High School Symphony Orchestra 2011-2015.

Today Mikk Murdvee is internationally active as a conductor and as a violinist. His recent projects have included conducting the world premiere of Ilkka Kuusisto’s opera “Taipaleenjoki” in the Ilmajoen Musiikkijuhlat festival in June 2010, 2011 and 2012 which had immense popular success.

During 2011 he worked as Assistant to Esa-Pekka Salonen in several projects with the Philharmonia Orchestra.

Mikk made his much acclaimed debut with the Estonian National Opera in 2007 conducting Lövenskiold’s “La Sylphide” and returned the same year to conduct other performances including Tchaikovsky’s “Nutcracker” and Rossini’s “La Cenerentola”. He has also worked with the Pori and Kerava Operas and as an Assistant Conductor in the Tampere Opera.

He is also praised for making many new editions of orchestral works including Ernst Mielck’s Macbeth Ouverture and Finnish Suite as well as Aarre Merikanto’s Savannah-la-Mar and Ester Mägi’s “Kalevipoja teekond Soome”.

Apart from conducting, he is internationally sought after as violin soloist, concertmaster, chamber musician and teacher. 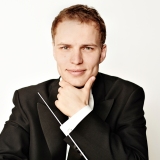 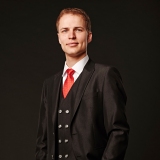 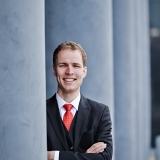 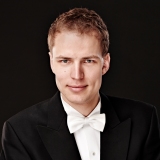 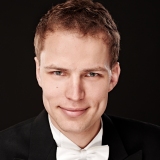 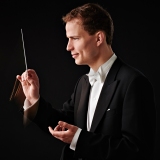 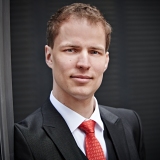 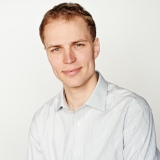 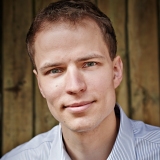 “For Ylioppilaskunnan Soittajat the Segerstam’s pupil Mikk Murdvee, with an international career ahead is a real lottery prize. Murdvee’s command of the nearly 80 minutes long score was firm and full of insights, the handling of tempo was well motivated without exaggerations in any direction…”

“Ylioppilaskunnan Soittajat and Manifestum performed the Kullervo symphony with brilliance. The soloists Ville Rusanen and Johanna Rusanen-Kartano…provided a gold-rimmed experience.”

The conductor Jüri Alperten as well as the soloists Mikk Murdvee and Henry-David Varema are native Estonians and the result was wonderful musical experience without doing any rebate keeping in mind that only local forces were on the stage. Brahms’ Double Concerto in A minor for violin and cello is an extremely beautiful work which has been performed quite frequently also in our country, but here I have never heard a performance on such high level. The rare Italian instruments also contributed to the performance – violin by Guarneri del Gesu (1727) and cello by Gagliano (1725).

The hero of the festival was definitely conductor and violinist Mikk Murdvee. He rehearsed with two orchestras (orchestra of the summer academy and the festival orchestra), conducted two concerts, performed as a viola soloist, played violin in several string ensembles and was teaching students. What an enviable productivity! And if to think about the concert of the teachers of the academy – the first thing to be remembered is the perfect duo of Mikk Murdvee and Sigrid Kuulmann.

Murdvee has made incredible growth as a conductor recently – he is now even more open, daring and passionate. As string player himself he had possibility to take the maximum out of the orchestra and that’s what he really did.
Sirp 05.08.2010

“It is difficult to keep the orchestra, choirs and soloists together rhythmically over a wide open area, but thanks to a good rehearsing and Mikk Murdvee’s highly professional skills as a conductor they succeeded already at the general rehearsal which was open to public”

“The performance was mature and gripping. Conductor held the orchestra and the audience with him in tension and thrill till the very end with the devoted performance during whole long symphony. Bravo!”
Sirp: “There are pleasant surprises” – Debut with Estonian National Symphony Orchestra in March 2010

“Dramaturgy of the piece was so well caught that like the fairy tale was told to us – Mikk Murdvee was great director and visualizer of the story and the orchestra musicians were like actors in the show.”

“It is a pity that the audience was relatively small in number to witness both Mihkel Kerem’s and Mikk Murdvee’s success, latter premiered the great work in Estonia both as a soloist and conductor.”

This website uses cookies to improve your experience while you navigate through the website. Out of these cookies, the cookies that are categorized as necessary are stored on your browser as they are essential for the working of basic functionalities of the website. We also use third-party cookies that help us analyze and understand how you use this website. These cookies will be stored in your browser only with your consent. You also have the option to opt-out of these cookies. But opting out of some of these cookies may have an effect on your browsing experience.
Necessary Always Enabled
Necessary cookies are absolutely essential for the website to function properly. This category only includes cookies that ensures basic functionalities and security features of the website. These cookies do not store any personal information.
Non-necessary
Any cookies that may not be particularly necessary for the website to function and is used specifically to collect user personal data via analytics, ads, other embedded contents are termed as non-necessary cookies. It is mandatory to procure user consent prior to running these cookies on your website.
SAVE & ACCEPT